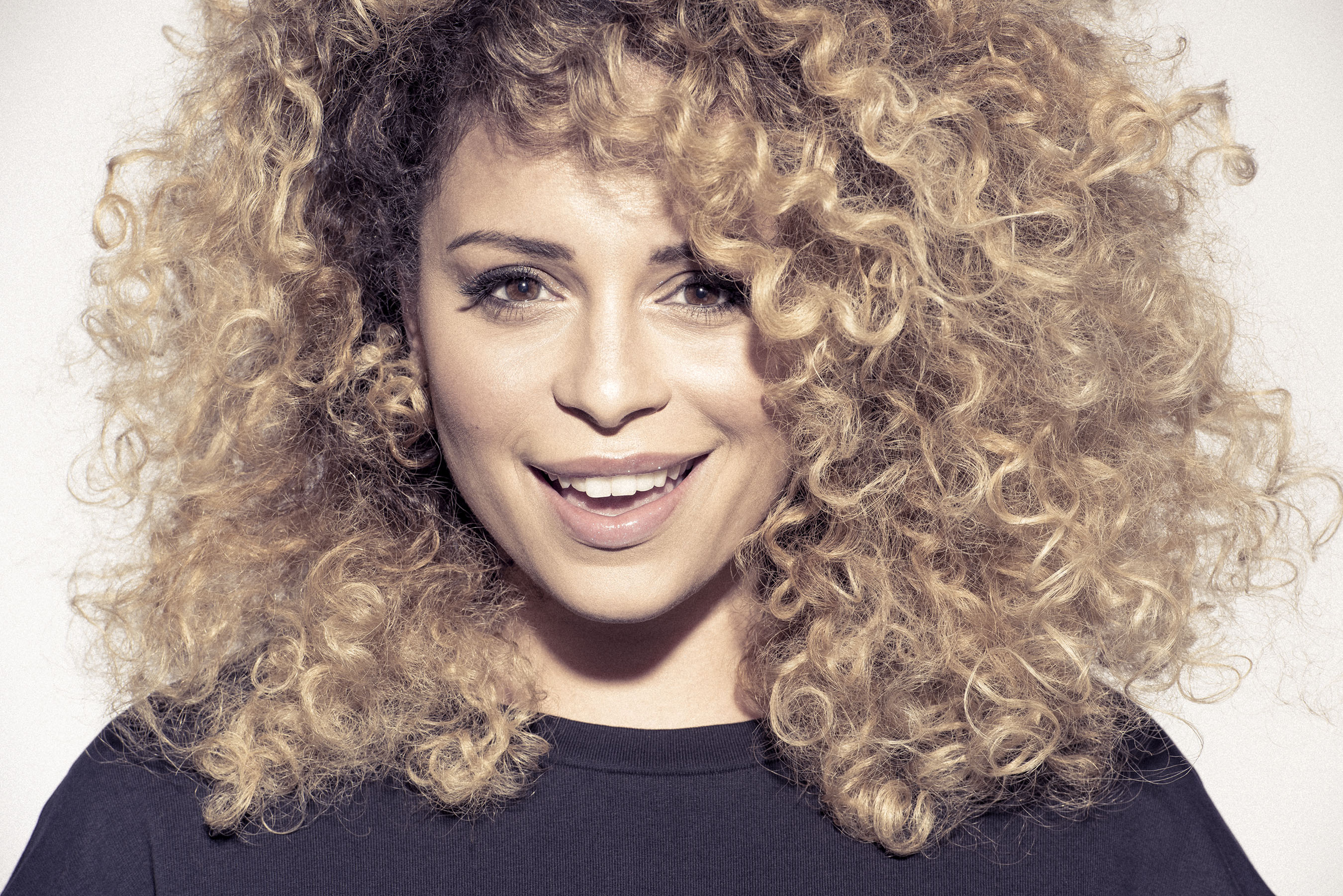 “I’ve always been a fearful person. And the thought of stepping out was scary for me, but I had promised the Lord that if He said go, I would go.” – Blanca

For most of our lives, we associate who we are with where we are. Be it a house, a job, a relationship…it’s natural to let our surroundings define us. Sooner or later, we often forget that we even have an identity beyond where we are and what we do. If and when the familiar goes away, we have a choice—lose ourselves alongside everything else or rediscover who we’ve been all along.

Powerhouse vocalist BLANCA has chosen the latter, as she boldly states in her self-titled debut, BLANCA. The last few years of her life have been anything but familiar. She got married, gave birth to her son  and launched a solo career outside of Group 1 Crew, with whom she had spent her entire professional life. Virtually overnight, everything she knew was gone. In the strange unfamiliar, Blanca had a choice—hand her identity over to the past or dare her heart to believe what her head already knew—she was loved, she had purpose and she had a future.

“The thought of dropping something that’s working, like Group 1 Crew, was so scary,” she says. “But, with a lot of prayer, over time, the birth of my son became not only the birth of my child, but the birth of a new chapter. Anyone who knows me knows that is pretty big. I’ve always been a fearful person. And the thought of stepping out was scary for me, but I had promised the Lord that if He said go, I would go. For so long I just wanted to sing and hide behind that, but I’m discovering that I don’t just have a voice; I actually have something to say. This is my journey and my ministry and I can choose to take this as far as I want, but it relies on me sharing my heart.”

With resolve and focus unlike she’d experienced before, Blanca did just that. More than any other time in her life, she was more than a voice. She was a writer. She lent creative ideas. She dared herself to confront the parts of her that had been hidden from view, put them to a rhythm and reveal her true self to the rest of the world one song at a time.

“It was so hard at first,” she says. “I had to break through a lot of creative blocks. Vulnerability can paralyze you. And there’s always that question of, ‘What if I fail?’ lingering in the background. Finally, I just went for it and let my guard down. I allowed the truth to set in and really started believing that I was enough. I was able to put it down on paper and I found my mission statement. I wanted to see the things I’ve gone through as part of who God has made me to be. One of the statements I found myself repeating was, ‘Be real, be true, be you.’”

Track after track, Blanca does just that, delivering authentic, meaningful encouragement and affirmation tightly wound around memorable hooks, enviable vocals and production that’s as A-list as it comes.

Stellar production and world-class talent aside, it’s Blanca’s story and the journey God has led her on throughout her entire life that substantiates the message in this project and takes it deeper than anything she’s done before.

If there’s one thing that Blanca seems to have mastered, it’s honesty. Song after song, she’s not sugarcoating her very real battles with fear and insecurity.

The real Blanca came through in songs like “Worry,” which says: Sometimes my mind is my own worst enemy, sometimes my eyes trust only what they see… “ That message continued through songs like “Surrender” and “If You Say Go.” As Blanca shares her heart, she reveals that it’s a lot like every heart— unsteady at times, but finally, completely ready to love and be loved, to share and to be shared.

To say that Blanca’s childhood and upbringing were less than challenging would be decidedly untrue. But rather than hide it, Blanca is determined to embrace even the hardest parts of it, which began with the broken relationship between her mom and dad. Her father was ensnared in drugs and alcohol and was absent for most of her younger days, before returning and literally turning Blanca’s world on end in the best way possible.

“When I was a teenager, my dad came back into my life and he was a completely changed person,” she says. “He was the first one in our family to have a relationship with Christ. It wasn’t until my dad started taking me to church that I found my faith.”

It’s redemption at its most beautiful. But beauty rarely comes without pain. In the last few years, Blanca’s father was diagnosed with and passed away from cancer. But his legacy lives on in her heart and in the words she shares about him still.

“My dad had a heart that would fill a room,” she says. “He was the most loving person. When I’m out here doing what I’m doing I always ask the Lord to give me the same love for people that he had.”

That love is the heart of encouraging songs like album opener, “Different Drum,” which boldly claims, All you need to try to be is who you’re made to be. “Catching Fire” echoes the sentiment, saying, You could be the mystery that could change history/You could be the buried treasure.

She doesn’t stop there. Blanca plumbs more treasure from her past and present life with songs like “Greater Is He,” that carries enormous significance for one of the most important people in her life—her mom.

“My mom is the most selfless, giving person I’ve ever met,” says Blanca. “She will literally give you the shirt off her back if she needed to for her family. She’s the rock that holds us together.”

Of late, it’s Blanca’s music has helped hold her mom together during her battle with breast cancer.

“‘Greater Is He,’ is probably my favorite song on the album,” she shares. “I did the demo with my mom in mind and gave it to her before it was even finished. It was just me, piano, a little bit of drums…and she would play it on her way to and from her chemo treatments. It was her go-to song.”

As Blanca has walked the road of finding herself, trusting herself and appreciating the twists and turns that brought her to where she is, one theme has emerged loudest of all. Finally, after the family challenges, the career questions, the fear conquered and the dreams starting to come true, she’s not waiting anymore. Here, now, Blanca is ready to be Blanca.

What better way to make a statement like that than in the company of multiple award-winning, boundary-breaking artists like Lecrae and Tedashii, both of whom appear on the record in some of her boldest songs yet.

“I am at a point where I’m ready to completely be me,” she says. “No more waiting. No more excuses. It’s like in the song, ‘Today…’ just go for it. You’ve got today. It’s so true of where I am in my life right now. I have no idea what I’m doing most days, but I’m making the most of every moment that I have, loving like I never have before.”

In just about every way, everything around Blanca has changed. Her work, home and family life look completely different than they did just a few years ago. But for the first time in her life, Blanca is boldly striding into the unfamiliar with a new confidence and the words of Joshua 1:9 in her heart… Have I not commanded you? Be strong and courageous. Do not be afraid; do not be discouraged, for the Lord your God will be with you wherever you go.