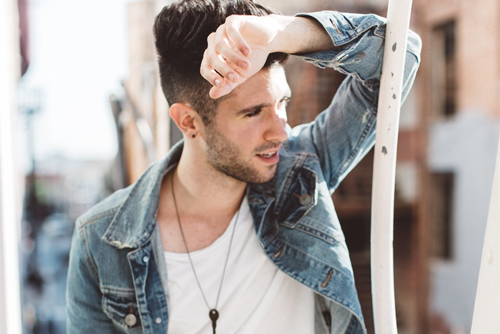 Joshua Micah grew up in Manchester, Connecticut with his mom and dad and two brothers. At eight-years-old, after waking up one morning and seeing black and blue spots covering his entire body, he was diagnosed with a rare blood disease called ITP (Idiopathic Thrombocytopenic Purpura).

“I remember seeing my mother crying heavily next to my dad who was completely beside himself,” Joshua wrote in a blog when he was twenty. “I was so blessed to have a family and a church who were praying for a miracle. And, sure enough, God came through … I walked out of that hospital in stable health.”

Even then, Joshua knew God had something more for his life. Something related to music. Initially though, he preferred playing drums to singing. However, his mother noticed a quality in his voice she believed would resonate with others and encouraged him to start singing, she turned out to be right and others noticed too, Joshua recalls…

“Ever since I was little, my family and friends told me I had an unusual musical ability to play instruments, sing and write songs. Guest preachers and pastors that would visit our church would call me out of the congregation and speak over me that I was to do something incredible with music.” By the time he was twelve Joshua was playing drums and guitar at church. He was in a rock band with friends from school too. And, after the band broke up, he prayed for more direction from God for his career.

As doors started opening in the music industry, fear about whether he was good enough crept in. And, once again he turned to God, Joshua writes…

“I was just honest with him. I told him all the fear I was facing  and how I feel I can’t be as good as these artist in the industry now. I prayed for that fear to leave me, and it did.”

Stepping out in faith, Joshua recently moved to Los Angeles. In 2016 his song “Parachute” came out and in 2017 he released “Who Says.”